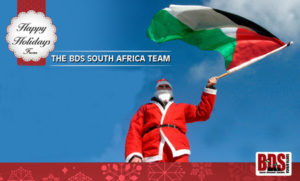 REJOICING THE BIRTH OF JESUS, RESISTING APARTHEID AND CREATING A MORE JUST, LOVING AND PEACEFUL WORLD

Christmas is that time of year when people celebrate faith and family. It is a moment when Christians the world over remember and rejoice at the miraculous birth of Jesus Christ.

During this festive season let us also remember that as much as the kingdom of Jesus was spiritual, his mission was also to heal the sick, give sight to the blind, identify with the downtrodden and marginalised, and struggle for the deliverance of the oppressed.
Israel’s regime of occupation and Apartheid has been particularly difficult for Christian Palestinians who have had their churches and holy sites firebombed by Israeli-settlers, 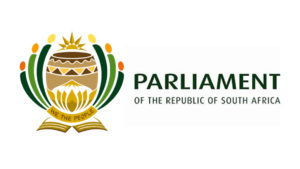 Representatives of the National Coalition for Palestine (NC4P) had a successful meeting this week (Wednesday 23 November) at the South African Parliament. The NC4P delegation was led by our Chairperson, Reverend Edwin Arrison and included members from affiliate organizations including a student rep, clergy and representatives from BDS South Africa, South African Jews for a Free Palestine, the Muslim Judicial Council, ANC YL, UCT PSF, YCL, Al Quds Foundation, Kairos Southern Africa and others.

SOUTH AFRICAN PARLIAMENT CALLS FOR ACTION AGAINST AMBASSADOR TO ISRAEL

The human rights and Palestine solidarity organization, BDS South Africa, is encouraged by and welcomes the call by Parliament’s Portfolio Committee on International Relations for action against SA’s Ambassador to Israel, Sisa Ngombane.

In a statement released this past Friday (21 October) titled “Alleged Conduct of Ambassadors Should be Acted Upon”, Parliament’s Portfolio Committee on International Relations and Cooperation said:

“The Chairperson of the Portfolio Committee on International Relations and Cooperation, Mr Siphosezwe Masango, has called upon the Minister Ms Maite Nkoana-Mashabane to investigate the veracity of the allegations 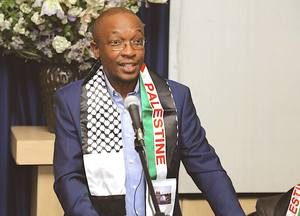 The human rights and Palestine solidarity organization BDS South Africa welcomes the election of Parks Tau as president of the United Cities and Local Government (UCLG).
Parks Tau, the former Mayor of Johannesburg, current president of the South African Local Government Association (SALGA), ANC Regional Chairperson as well as close friend of the Palestinian struggle was this past weekend elected president of the UCLG – the umbrella body for, or the “UN” of, local governments around the world. The election took place at the 5th UCLG Congress World Summit in Columbia’s capital city, Bogotá, where Tau won by an overwhelming majority of 103 votes to 42.

A senior United Nations official, Wilfried Lemke (the UN special adviser on sport for development and peace) has written to FIFA to reiterate that the UN regards Israeli settlements – and by extension Israeli football teams that play in them – to be “without validity” and “illegal under international law”.

Israel has six soccer clubs in illegal Jewish-only settlements on unlawfully occupied Palestinian land. FIFA laws prohibit using another country’s land without consent. For this and other reasons activists are calling on FIFA to expel and give Israeli settlements the red card. South African FIFA official, Tokyo Sexwale, is currently part of a FIFA investigation into whether these teams should be allowed to participate in international football. 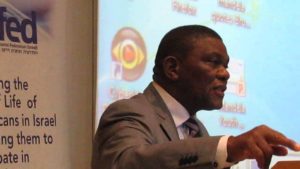 Naidoo, along with 12 other women, were en route to the Israeli blockaded Palestinian Gaza Strip when their boat was unlawfully intercepted by Israel. They were subsequently detained and deported.

The human rights and Palestine solidarity organization BDS South Africa is, together with other activists, shocked by the conduct of Ngombane. We are even more concerned by the biased pro-Israeli views expressed by Ngombane. 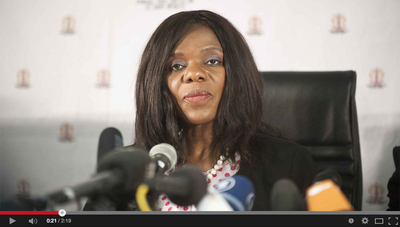 Recently the Public Protector, Advocate Thuli Madonsela, spoke at a fundraising event of the pro-Israeli lobby group, the Israel United Appeal – United Communal Fund (IUA-UCF). Last week, in a media briefing, the Public Protector defended her relations with the IUA-UCF.

Click here to watch a video recording or see below for a full transcript with Thuli Madonsela, at the press conference, speaking on her support of and defending her relations with the IUA-UCF.Below, with the transcript, is a detailed paragraph by paragraph response by BDS South Africa.

BDS SUCCESS: CHILE STUDENTS VOTE TO BOYCOTT AND END TIES WITH ISRAELI UNIVERSITIES
By an overwhelming majority, students at one of Latin America’soldest and most prestigious universities have voted to back the Palestinian call for boycott, divestment and sanctions (BDS) against Israel.

With 37 votes in favor, two against and 20 abstentions the student federation at the Pontifical Catholic University of Chile, elected from the institution’s 25 000-strong student body, approved a motion for the termination of agreements with two Israeli institutions. The move has been hailed by various quarters.

In May this year students at the University of Chile law school backed the BDS boycott of Israel in a landslide referendum. In Argentina and Brazil hundreds of professors and researchers and over a dozen colleges have also pledged to boycott Israeli institutions. (Read more) 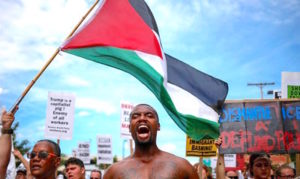 PRESS RELEASES; BLACK LIVES MATTER (BLM) DECLARES WAR ON ‘ISRAELI APARTHEID’ AND BACKS BDS BOYCOTT
#BlackLivesMatter has declared war on what it terms Israeli “Apartheid”. The movement has prodcued a detailed policy platform with six focus areas, one of which includes full support for the international BDS boycott of Israel.
#BlackLivesMatter (BLM) is the activist movement originating in the African-American community campaigning against USA police brutality, state violence and systemic inequality and racism toward black people in the US.

The Movement for Black Lives, which produced the recent policy platform, is a collective of more than 50 organizations representing thousands of Black people across the USA. Click here for more info.  (Read more)

PRESS RELEASES; SIGN & SHARE: PETITION CALLING ON FIFA TO GIVE ISRAELI SETTLEMENTS THE RED CARD
Israel has set up six soccer clubs in illegal Israeli settlements on illegally occupied Palestinian land. FIFA laws prohibit using another country’s land without consent, and South African FIFA official, Tokyo Sexwale, is part of a FIFA investigation as to whether these teams should be allowed to participate in international football. 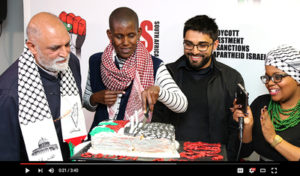 VIDEO: CELEBRATING 11 YEARS OF THE SUCCESSFUL BDS BOYCOTT OF ISRAEL
We are humbled. Thank you to all our friends, comrades and partner organizations who joined us this part weekend at the opening of our new Johannesburg offices and event to mark the 11th anniversary of the international non-violent BDS boycott of Israel movement (launched by Palestinians on 9 July 2005).

The Palestinian-led boycott, divestment and sanctions (BDS) against Israel movement has achieved major and significant victories in the last decade. Last year a UN report documented that BDS was a major factor behind a 46% drop in Israel’s Foreign Direct Investment (FDI).
(Read more) 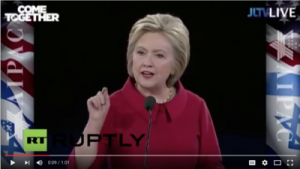 Even though BDS is increasingly supported by progressive Israelis and members of the Jewish community (who are critical of Israel’s illegal occupation and apartheid policies) Clinton has tried to falsely suggest that the Boycott, Divestment and Sanctions (BDS) movement is anti-Semitic. (Read more) 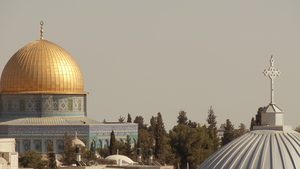 Three South Africans arrested by Israeli Forces in East Jerusalem
The human rights and Palestine solidarity organisation BDS South Africa is concerned by reports of three South Africans citizens arrested by Israeli forces.
It has been reported that Israeli soldiers kidnapped Saleh Bader Abu ‘Assab and Mohammad Naseef, in addition to three South African citizens (http://imemc.org/article/israeli-army-kidnaps-eleven-palestinians-three-south-africans-in-the-west-bank-injures-five/).
According to news reports, Israeli soldiers and right-wing Israeli settlers stormed the courtyards of the Al-Aqsa mosque in Occupied East Jerusalem (Palestine). Israeli forces assaulted several Palestinian worshipers who protested against the Israeli provocations. It is reported that the Israeli forces also prevented any worshiper below the age of 30 from entering the mosque. At least five persons were reported injured during the clashes between the worshipers and the invading Israeli soldiers. (Read more)
Top 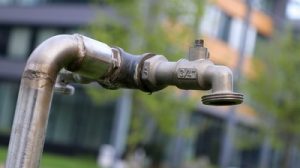 Contrary to allegations by the Israeli Embassy, the North West Premier and ANC Provincial Chairperson Cde. Supra Mahumapelo did not attend, speak at or participate yesterday’s SA Israel Water Week. Last week Israeli Ambassador Arthur Lenk sent out inviteswith Premier Mahumapelo as one of the Israeli Embassy’s main speakers.
Following the publication of the invite, BDS SA wrote to and raised its concerns with the leadership of South Africa’s governing party, the ANC. Mahumapelo’s participation would have been at odds with the ruling party’s position of discouraging travel and relations with Israel due to its treatment of Palestinians (click here for ANC policy on Palestine-Israel). Following the letter, a senior South African Government official responded to BDS SA saying that the Premier’s “office has either dispatched a letter to those organizers or will still dispatch it, to the effect that he is not attending and they should never have put his name on their program.” BDS SA commends the North West Premier and are glad that no senior South African government official gave legitimacy to yesterday’s Israel Water Week. Click here for more info. (Read more)
Top 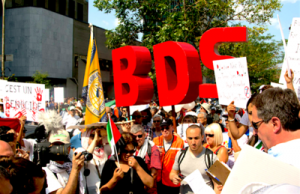 ISRAEL’S ATTACK ON BDS BOYCOTT OF ISRAEL MOVEMENT IS BACKFIRING
Having failed to stop the growth of the BDS movement, Israel has launched an unprecedented attack against the non-violent international boycott, divestment and sanctions (BDS) against Israel movement.

Following Israeli pressure, some European governments including the UK and France are trying to introduce anti-democratic legislation and taking other repressive measures to undermine the BDS movement. In addition Israel has openly boasted that it is spying on international BDS activists and has imposed an effective travel ban on one of the foremost BDS leaders, Omar Barghouti. However, Israel’s repression is backfiring with Amnesty International, Human Rights Watch and several Governments across the world coming out in support of the #RightToBoycott Israel – In France, one activist was arrested simply for wearing a BDS t-shirt.   (Read more)

AFRICA DAY: INTERNATIONAL SOLIDARITY OVER THE YEARS
As we celebrate and mark Africa Day we are reminded of the long standing and consistent solidarity offered (and sacrifice made) by our African people and countries against colonialism and apartheid – on the African continent and beyond.

In 2013 Palestine was invited to join the AU with observer status, while Israel has repeatedly failed in its attempts to join the African Union with many state boycotting Israel since 1973.

In 2014, the African Union condemned: “The continued [Israeli] occupation of Palestinian lands and the Judaization campaign aimed at changing all Islamic and Christian features of the Holy City”. The AU also subsequently called on member states to boycott Israeli settlement goods and products. 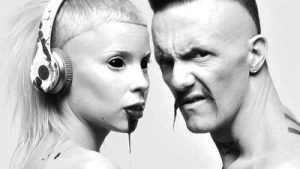 Palestinians have written to the South African music band, Die Antwoord, urging the them to respect the international boycott of Israel and “stand with the oppressed, not the oppressor” (click here for the Palestinain letter).
The call for Die Antwoord to cancel their Israeli gig has also been supported by Israeli peace and justice activists belonging to the organisation “Boycott From Within” (click here for the Israeli letter). Meanwhile, BDS South Africa has requested a meeting with the music group (click here).  (Read more)

G4S Security, the world’s largest security firm, announced last month its plans to end all business with Israel within the next 12 to 24 months. The company has been the focus of a global (including South African) BDS boycott due to – among other – its involvement in the Israeli prison system, torture centres, detention facilities, Israeli settlements and Israeli Separation Wall.

This week as we commemorate Palestinian Prisoner Day (17 April), we – particularly as South Africans – are painfully reminded of the over 7000 Palestinian political prisoners, including more than 600 held without trial, 400 children, (Read more) 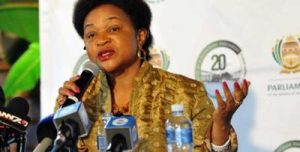 Dr Uri Davis, of Jewish origin, grew up in the Israeli town of Kfar Shmariyahu and is today an Associate Professor at Al-Quds University in Jerusalem, Palestine.
Davis is an anthropologist who holds a PhD in Philosophical Anthropology, ……(Read more)

The United Methodist Church’s $20-billion (R360-billion) Pension and Health Benefits Fund has declared the five largest Israeli banks off limits for investment and has divested from the two that it held in its portfolios. 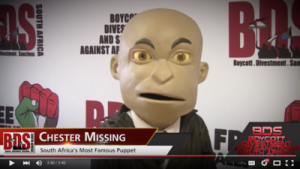