PROTEST AGAINST S.AFRICAN COMPANY “CAPE GATE” THAT IS EXPLOITING WORKERS AND SUPPLYING MATERIAL FOR ISRAEL’S “APARTHEID WALL”
Join us on Wednesday in a protest against the South African steel manufacturing company, Cape Gate, that is complicit in exploiting South African workers as well illegally supplying material for the construction of Israel’s Separation (“Apartheid”) Wall and illegal settlements. Workers, environmentalists, activists and community members will be demanding that Cape Gate: 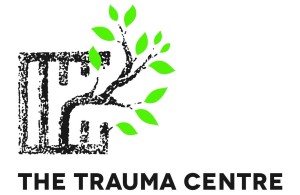 GOOD NEWS: S.AFRICAN ORGANIZATION ENDS TIES WITH G4S SECURITY OVER COMPLICITY IN ISRAEL
After being approached by BDS South Africa, the renowned Cape Town based “Trauma Centre” has terminated its ties and contract with the controversial security company G4S. James Taylor, the Chairperson of the Trauma Centre, in an official statement posted online, explains the organisation’s decision: “The Trauma Centre…is committed to creating a society free from violence and torture and committed to a culture of human rights…
we therefore note with great concern the serious allegations leveled against the security company G4S of complicity in the illegal incarceration and torture of Palestinians in Israel and the Occupied Palestinian Territories… such acts would violate the very principles which form the basis of our existence as a human rights organisation. It is because of these serious concerns, which violate our fundamental values, that the Board of the Trauma Centre has decided to terminate our organisation’s relationship with G4S.” Click here for the full statement by the Trauma Centre..

SA FOREIGN MINISTER: “SOUTH AFRICA TO CURTAIL RELATIONS WITH ISRAEL”
South Africa’s Minister for International Relations & Cooperation, Maite Nkoana-Mashabane, has said that South Africa’s policy is to “curtail” and “slow down” relations with Israel. At an international relations meeting hosted by South Africa’s trade union confederation, COSATU, and attended by members of BDS South Africa, Nkoana-Mashabane said: “[Government] Ministers of South Africa do not visit Israel currently…our Palestinian friends have asked us in formal meetings to not engage with the [Israeli] regime. We have agreed to slow down and curtail senior leadership contact with that regime until things begin to look better.”

PALESTINIAN POET, REMI KANAZI, ON TOUR IN SOUTH AFRICA [17-25 SEPT, CPT, DBN, PTA AND SOWETO]
New York based Palestinian poet, spoken-word artist, activist and author, Remi Kanazi is in South Africa between the 17th and 25th of September as a guest of the Tri Continental Film Festival(TCFF). Kanazi will be a speaker at several of the TCFF screenings (see below) and will also be doing public performances, presentations and talks with BDS South Africa and our partner organizations at community venues in Johannesburg, Durban, Cape Town, Pretoria and Soweto.
Find more on Remi Kanazi on Wikipedia (click here), on his website (click here) or on the official South African FaceBook page for Remi Kanazi’s tour (click here). 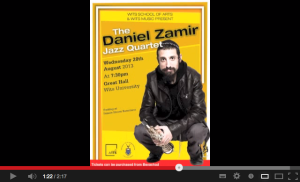 TELEPHONE RECORDINGS WITH EVIDENCE OF RACIAL PROFILING BY ISRAELI ORGANISATIONS AT WITS UNIVERSITY IN JOHANNESBURG
This Monday (26 August) the Wits University Palestine Solidarity Committee and BDS South Africa made available two audio recordings (click here to watch on YouTube) with evidence of ethnic racial-profiling and background-checking practiced by pro-Israeli organisations in South Africa (which include the South African Jewish Board of Deputies, the South African Zionist Federation and the  controversial Community Security Organisation) who have funded the hosting of an Israeli concert at Wits University in Johannesburg (scheduled to take place today, Wednesday 28 August). In the audio recordings, the Beyachad (which is the headquarters of the two pro-Israeli organizations: the SA Jewish Board of Deputies and the SA Zionist Federation) 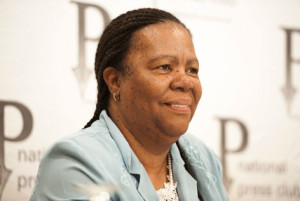 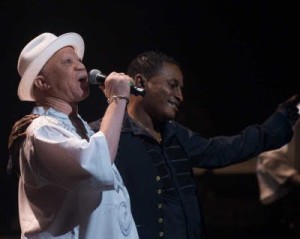 CULTURAL BOYCOTT OF ISRAEL VICTORY – Mali’s Salif Keita cancels his Israeli gig “to respect cultural boycott of Israel”
Mali’s internationally celebrated afro-pop singer, Salif Keita, has cancelled his Israeli gig at Israel’s “Season of Culture” music festival. On Thursday (22 August) the Israeli festival organisers announced via their official FaceBook page that a few hours before boarding a plane to Israel: “the musician from Mali, Salif Keita, decided to respect the cultural boycott of Israel and cancel his participation in the [Israeli] festival”.
REACTION TO KEITA’S ISRAEL BOYCOTT
One irate Israeli concert-goer, Meytal Hazut, immediately responded to the news of Keita’s cancellation saying: “Next time don’t sell us tickets for performances of pussies”. On the Israeli news website that broke the story of Keita’s cancellation (www.ynet.co.il) there were further negative comments coming from Israeli supporters, including this blatantly racist one: “let him [Keita] go back to the trees he came down from – we don’t need him here [in Israel]”. 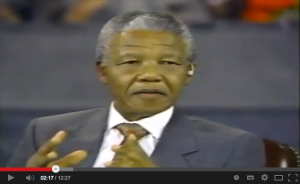 NELSON MANDELA SPEAKING ON PALESTINE [NEW YORK, 1990]
The above video is from a 1990 town hall meeting, held in New York City and chaired by Ted Koppel of ABC Networks (click here to watch the video on YouTube). The meeting formed part Nelson Mandela’s first visit to the USA immediately following his release from prison.
A significant part of the town hall meeting focused on Nelson Mandela’s advocating (on behalf of the African National Congress and the larger South African liberation struggle) for sanctions to be applied against Apartheid South Africa, his and the ANC’s support for the Palestine Liberation Organisation (PLO) as well as his close friendship with Yasser Arafat (of Palestine) and Fidel Castro (of Cuba).