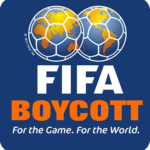 Israel has set up six soccer clubs in illegal Israeli settlements on illegally occupied Palestinian land. FIFA laws prohibit using another country’s land without consent, and South African FIFA official, Tokyo Sexwale, is part of a FIFA investigation as to whether these teams should be allowed to participate in international football.

The Israeli Football Association must either remove the settlement football clubs from its membership or must lose its membership with FIFA, as has been the case with other federations that have refused to accept FIFA’s fair play rules in the past. 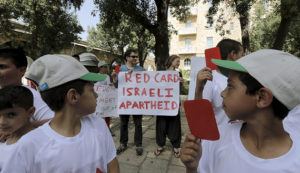 More than one hundred sports associations, trade unions, human rights organizations and faith based groups (representing millions of people from over 25 countries across the globe) together with football champions, scholars, students, film directors, poli

A senior United Nations official, Wilfried Lemke (the UN special adviser on sport for development and peace) has written to FIFA to reiterate that the UN regards Israeli settlements – and by extension Israeli football teams that play in them – to be

PRESS STATEMENT BDS SA backs call on FIFA to give ...

The Palestine solidarity and human rights organisation BDS South Africa has joined the international campaign calling on FIFA to “red card” Israeli settlement teams. The call has been backed by over 150 000 signatories on an online Avaaz petition with

THE NATION MAGAZINE: ITS TIME TO KICK ISRAEL OUT O...

Sean Jacobs, editor of Africa is a Country and co-editor of “Apartheid Israel: The Politics of an Analogy” together  with Aubrey Bloomfield of the New School in New York City have written that: “This may be the year in which sport, espe

Israel set up six soccer clubs on stolen Palestinian land. The illegal outposts are an obstacle to peace and are condemned by everyone from the European Union to the USA. Palestinians aren’t allowed into the stadiums, let alone allowed to play football