This weekend has been declared a “Weekend of Prayer” by several South African Churches in protest at Israel’s human rights violations. One of church leaders behind the initiative is Reverend Ntuthuko Nkosi.

“The Weekend Prayer will also keep in mind the delegates who will be attending next week’s African National Congress [ANC] conference,” explained Rev. Nkosi. “We, as South African Christian clergy, hope that they will send a clear message that Israel’s human rights abuses against Palestinians must end.” It is also hoped that the ANC will pass a resolution to downgrade the South African Embassy in Israel. 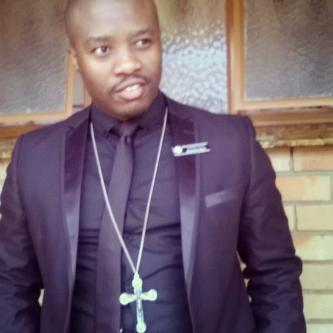 Rev. Nkosi and his colleagues are also taking this action in response to Donald Trump’s “provocation” of recognising Jerusalem as the capital of Israel. “This is in violation of international law and has major negative consequences for the indigenous Palestinian Christians who are routinely denied access to Christian holy sites like the Church of the Holy Sepulchre,” said Rev. Nkosi, adding:

While we recognise the suffering of Palestinian Christians, though, we are acutely aware that this Israeli oppression is faced by Palestinians no matter which faith they belong to.

He warned against making the conflict a religious issue. “It is a human rights issue,” he pointed out, adding:

Our solidarity with the Palestinian people unites us as South Africans and we should caution those within the pro-Israel lobby who want to make it a divisive issue in our country.

Tens of thousands of people from South Africa’s diverse Christian community are expected to take part in the prayer programme. Prayers will be said in English, Zulu, Xhosa and other languages, as congregations see fit.

“We must never forget that the people in Palestine were some of the first followers of Christ,” the Reverend Nkosi added. “In our prayers we will be asking that the travesty of lies and falsehoods brought against the Palestinians will stop.”

The organisers of the programme have received a letter from Palestinian Christians in Bethlehem, addressed to the ANC. “We call upon the righteous nations today and most importantly our brothers and sisters in South Africa to lead the way on another page of history,” say the Palestinians. “While the US and Donald Trump decided to diminish international law and the rule of law, South Africa has the chance to usher the world into marking this day as one where international law and the rule of law are respected and human rights and ethics are held up and protected.”

Calling upon South Africa to downgrade its relations with Israel, the letter from Bethlehem notes that Israel is a notorious violator of numerous international laws and resolutions, and has been since it was created in the land of Palestine in 1948. “Downgrading the South African Embassy is an important step for the principled stance that South Africa carries due to the long struggle against Apartheid and racism. We are confident that the African National Congress is an ally for justice and for all people who suffer the consequences of [Israel’s] occupation and Apartheid.”

While the international community has almost unanimously disagreed with Donald Trump’s announcement, reports suggest that the announcement was done with the pre-agreement of Egypt and Saudi Arabia, with the Saudi Arabia going as far as, allegedly, stating to the Palestinian President to accept a village on the outskirts of Jerusalem as the alternative Palestinian capital.

Since the announcement, Saudi Arabia’s royal court has sent notices to the nation’s media outlets to limit the airtime given to protests against Trump’s announcement.