We refer to your planned performance at the Red Sea Jazz Festival in Eilat in Israel in August 2015 the details of which our comrades in the United States have informed us of. As BDS South Africa we are a part of the the Palestinian Campaign for the Academic and Cultural Boycott of Israel (PACBI) and support their call to you to respect the boycott of Israel.

We are aware that PACBI has already sent you correspondence detailing the impact of apartheid Israel’s oppressive and unlawful occupation of Palestinian territory as well as its gross violation of the human rights of Palestinians. We do not intend to repeat the same detail in this letter. 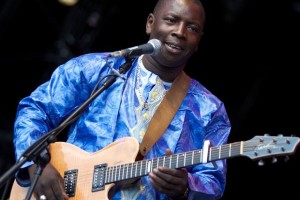 w Africans who have lived and continue to live with the shadow of the legacy of colonialism and apartheid hanging over us. Fortunately for us, partly due to the immense support of international entities and individuals supporting the boycott of apartheid South Africa, a new democratic and egalitarian dispensation was ushered in 21 years ago. However, the brutal legacy of apartheid continues to plague our society. As a fellow African, whose ancestors lived through the tumultuous years of colonialism and the resistance towards oppressive colonial domination we trust that you understand the plight of those who continue to suffer under conditions of occupation, oppression and torture, such as the Palestinians. (READ MORE) (READ IN FRENCH)