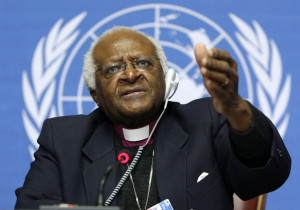 “Through its involvement in Israel’s prison system, G4S is complicit in violations of international law and participates in Israel’s use of mass incarceration as a means by which to dissuade Palestinians from protesting Israel’s systematic human rights abuses.” The protesters claim that human rights organisations have documented “systematic torture” and ill treatment of Palestinian prisoners, including children held in solitary confinement, at some of the Prisons. In a separate letter to the Guardian a number of MPs, including Jeremy Corbyn and Joan Ruddock, said children were reportedly ill-treated in the prisons and called on G4S to “terminate its contracts with facilities where children suffer routine physical and verbal abuse”.

G4S, which employs 8,000 in Israel, said it “takes very seriously our obligations to ensure that our activities do not contribute to human rights abuses”. An independent human rights report commissioned by G4S following similar protests at last year’s AGM found the company “had no causal or contributory role in human rights violations”. “There are clearly human rights failings in some parts of Israel’s security system, but G4S’s role is far removed from their immediate causes and impact,” the report by Hugo Slim, a research fellow at the Institute of Ethics, Law and Armed Conflict at the University of Oxford, said.

This week the UK government’s National Contact Point watchdog launched an investigation into G4S’s activities in Israel and the West Bank. The National Contact Point, which is part of the department for Business, said it had “accepted issues for further examination”. It follows a formal complaint by Lawyers for Palestinian Human Rights, a charity that has long criticised G4S.

The Bill and Melinda Gates Foundation Trust recently reduced its stake in G4S after British campaign group War on Want wrote to Gates to urge him to sell the stake because of the company’s activities in Israel. The Gates foundation declined to comment on the reasons behind the sale. G4S, which employs 625,000 people in 125 countries, is also likely to face further questions over the death of Jimmy Mubenga, an Angolan national who died while he was being deported from the UK. Three G4S security guards who had restrained Mubenga have been charged with manslaughter. All three deny the charges.