ANC AND SA GOVERNMENT POSITION ON TRAVEL TO ISRAEL 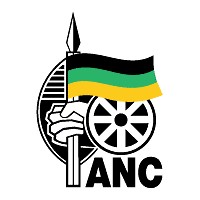 ANC Head of International Relations Sub- Committee, Obed Bapela:
There is a resolution that the ANC took that all leaders of the ANC in Government in municipalities, in provincial legislatures, in the organisation must no longer visit. A circular is being sent that if you get an invitation to Israel you must just decline”

ANC NEC DECISION
“Joining the call for a cultural, academic and education boycott of Israel including travel bans for members and leaders of the ANC, the Alliance, Members of Cabinet, Members of Parliament and Government Officials.”

Deputy Minister Ebrahim Ebrahim: “Because of the treatment and policies of Israel towards the Palestinian people, we strongly discourage South Africans from going there”

Minister Maite Nkoana Mashabane: “The Palestinians had asked us in formal meetings to not engage with the [Israeli] regime…Ministers of South Africa do not visit Israel currently. Even the Jewish Board of Deputies that we engage with here, they know why our ministers are not going to Israel…We have agreed to slow down and curtail senior leadership contact with that regime until things begin to look better…the struggle of the people of Palestine is our struggle.”