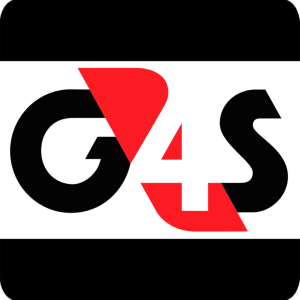 Over 750 000 Palestinians (roughly 40% of Palestinian men) have been imprisoned by Israel at one point in time. About 100 000 Palestinians have been held by Israel in “administrative detention” (the equivalent of Apartheid South Africa’s “Detention without trial”). Similar to the experience of Black families under Apartheid, almost every Palestinian family has been affected by the Israeli imprisonment  of a relative.

As of August 2013, there were over 5000 Palestinians imprisoned by Israel; 134 of them are being held under Israel’s “administrative detention” (Apartheid South Africa’s “Detention Without Trial”) and 195 of them are children.

In 2007 the international security company,Group 4 Security (G4S), was contracted to provide and maintain  Israeli prisons, torture centers and detention facilities. Although initially claiming that it intends to terminate its Israeli contracts, G4S still operates in Israel.

G4S provides security systems to Israel’s Ketziot, Damon and Meggido prisons, as well as Israel’s Russian Compound (Al-Moskobiyeh) and Kishon (Al-Jalameh) detention and interrogation centers. G4S is responsible for the control and monitoring systems of these Israeli prison facilities, in addition to visitation systems and CCTV systems. G4S also provides security systems and a central control room in Israel’s Hasharon-Rimonim prison. Israel’s Al-Moskobiyeh and Al-Jalameh interrogation centers, serviced by G4S, are notorious for their use of torture, including of children. For instance, in 2013, Palestinian detainee Arafat Jaradat died as a result of torture endured at the hands of Israeli interrogators at Israel’s Al-Jalameh interrogation center.

In 2012 Palestinian prisoners and prisoner support organizations called for an international boycott of G4S as part of the global Boycott, Divestment & Sanctions against Israel campaign. In 2005 with Israeli discrimination,•human rights abuses, violations of International Law and illegal Israeli settlement construction on the increase, Palestinians issued a call to the international community for boycott, divestment and sanctions (BDS) to be applied against Israel as a non-violent method to pressure  Israel to end its violations of international law, respect Palestinian human rights and engage in fair negotiations for a just peace. The Palestinian BOS campaign is based and inspired by the successful  boycott of Apartheid South Africa. 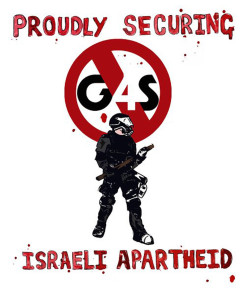 G4S has subsequently faced increasing criticism, pressure and boycotts for its activities in Israel. In November 2013, after being approached by BOS South Africa, the renowned Cape Town based “Trauma Center” terminated its contract with G4S. A month earlier South Africa’s largest trade union confederation, COSATU publicly called on the South African government to terminate all its contracts with G4S. A month before that, in September, the Norwegian trade union, lndustri Energi, terminated its contract with G4S as “an act of solidarity with the struggle of the Palestinian people.” In the UK, the East London Teachers Association (ELTA) passed a motion condemning G4S’s complicity in Israel’s prison system, which it termed as “profoundly unethical”. The University of Oslo, University of Bergen, Dundee University Student Union, the UK energy company Good Energy,several businesses and various human rights organizations across Europe and elsewhere have all, since 2012, also terminated ties with G4S due to the companies complicity in Israel’s oppression of the indigenous Palestinians.

G4S operates at some South African airports, campuses (including the UCT & Stellenbosch University) and business places. It’s time to have G4S excluded from these spaces until it ends its complicity with Israeli human rights abuses. Write a letter, organize a protest and engage with the Department of Transport, the Airports Company of South Africa, local businesses and universities appealing to them that they should end their contracts with G4S. Remember to communicate with us your successes! Also, let us know if you are a businesses or organization that has terminated your G4S contract!