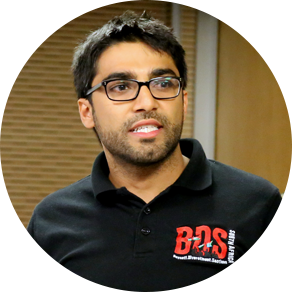 Board Member and Director

Muhammed Desai, a co-founder of BDS South Africa, graduated from Wits University in 2009 with a Bachelor of Arts majoring in Law and International Relations. While on campus he co-founded the Wits University Palestine Solidarity Committee, which he lead for a further four years.  In 2004 Desai lived for a short while in Jerusalem working for a Palestinian Christian liberation theology organization called Sabeel. In 2014 Desai was listed as one of the top 200 young South Africans by the Mail&Guardian Newspaper.

Board Member and Spokesperson

Kwara, who comes from Lebowakgomo in the Limpopo Province, has an undergraduate degree in Economics from the University of Pretoria (UP). During her time at UP she was active in student politics and served as branch chairperson of the South African Students Congress (SASCO). She also served in the Regional Executive Committee of SASCO as Deputy Chairperson of the SASCO Tshwane Region. In 2011 Kekana joined BDS SA where she today serves as the organization’s spokesperson, campaigner and deputy coordinator. In 2015 Kekana received a certificate in mediation, conflict resolution and diplomacy from South Africa’s Department of International Relations and Cooperation (DIRCO) through its Diplomatic Academy. Kekana is enthusiastic about politics, gender struggles and solidarity activism with a view to promoting a more just society. She is currently studying towards her second degree in Industrial Sociology and Development studies through the University of South Africa (UNISA). 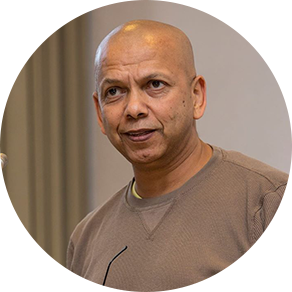 Esack is a South African Muslim liberation theologian and Professor in the Study of Islam at the Department of Religion Studies at the University of Johannesburg. He studied in Pakistan, the UK and Germany and is the author of numerous books. Esack, a native of Cape Town, is a long-time political activist and was a part of the South African liberation struggle against apartheid as well as a leader of the 1980s United Democratic Front (UDF). Esack served as a Commissioner for Gender Equality in South African and has taught at the Universities of Western Cape, Hamburg, the College of William & Mary, Union Theological Seminary (NY), Xavier University in Cincinnati and Harvard University. Esack continues to maintain a consistent commitment to activist work both locally and internationally particularly in respect of the Palestinian liberation struggle 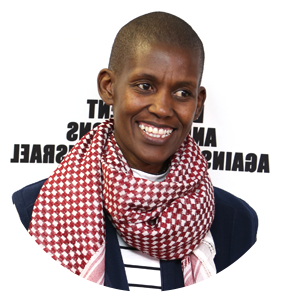 Duduzile Mahlangu-Masango has always had an interest in human rights. She worked for the South African Council of Churches (SACC) at its Justice and Reconciliation Desk focusing on reports of the Truth & Reconciliation (TRC) Commission. She also served as project coordinator of an HIV / AIDS initiative of the Lutheran Church working on the acceptance of HIV positive people. Mahlangu-Masango spent 2008 in the Democratic Republic of Congo working with victims and survivors of sexual abuse, assisting with appeals to the local law office. Mahlangu-Masango currently is the South African coordinator of the Israel-Palestine programme at the World Council of Churches. She is also the proprietor of her own catering company. 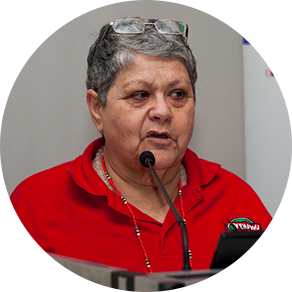 Board Member
Sheila Barsel has been a civil society and community activist throughout her active years, particularly focusing on issues of gender, health and Palestine solidarity. Barsel has previously served as General Secretary of the National Students Organisation and as a researcher at the National Education and Health Workers Union (NEHAWU). She is currently working as an advisor in the Office of the Deputy Speaker at the Parliament of South Africa. Sheila also serves on the Politburo of the Central Committee of the SACP where she is responsible for Research and Policy. Barsel has previously served on the Department of Health’s Ministerial Advisory Committee and has also been appointed by South Africa’s Minister of Higher Education and Training to serve on the council of the University of Cape Town (UCT). In 2002 Barsel, who is of Jewish origin, was involved in the establishment of “Not in my Name” – a group of Jewish South Africans who publicly declared that South African mainstream Jewish structures did not speak on their behalf on the issue of Palestine/Israel. Barsel is currently a member of the South African Jews for a Free Palestine (SAJFP). Sheila has lived in Cape Town since 1975 and currently lives with her long-time partner and 2 cats (Lakshmi and Ishtar). 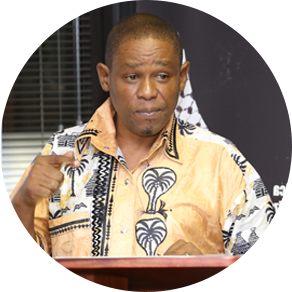 Mr Hargreaves Tisetso Magama, a political activist since the early years of his life, has always had an active, dynamic, and often rewarding experience in the political and public sphere. Magama was involved student politics during the apartheid period and was the co-founder of the Upington Students Congress (USCO) (1986), the Deputy Chairperson of SAYCO (1987-90), Chairperson of COSAS Upington Region (1990-91), Provincial Education Secretary of COSAS Northern Cape (1990-1992), ANC Regional Secretary – Siyanda region between 1995-1998 and served on various provisional ANC structures after its unbanning. He was also the co-ordinator of the Release Mandela Campaign (1988-89). Magama became a Local Government Councillor in 1994 where he served in various capacities namely Deputy Chairperson of the Executive Committee, Chairperson of the RDP Standing Committee and Member of the HR Committee where he co-founded the Upington Masakhane Awards. In 2000, he also co-founded the Employment and Economic Empowerment Foundation, a community based organisation which initiated and managed poverty alleviation projects in Upington. In 2009 Magama was appointed as a Member of Parliament and served on the Portfolio Committees on Public Works and International Relations and Cooperation respectively, becoming the Chairperson of the latter until 2014.

Bram Hanekom has several years of experience in the civil society and NGO sector. In addition to his role as an activist for Palestine, he has established himself as an activist for refugee rights, farm workers and youth. He serves on the board of several NGOs and was previously the director of the human rights organisation PASSOP. He was the recipient of the Inyathelo Youth in Philanthropy Award, an Oxfam scholarship (in humanitarian assistance) and was selected as one of Mail and Guardian’s Top 200 Youth. He has been actively involved in solidarity organizations campaigning for Cuba and human rights in Swaziland. His views, much like most in the BDS movement, have been largely influenced by his life experience as a member of a family which fought against apartheid in South Africa.